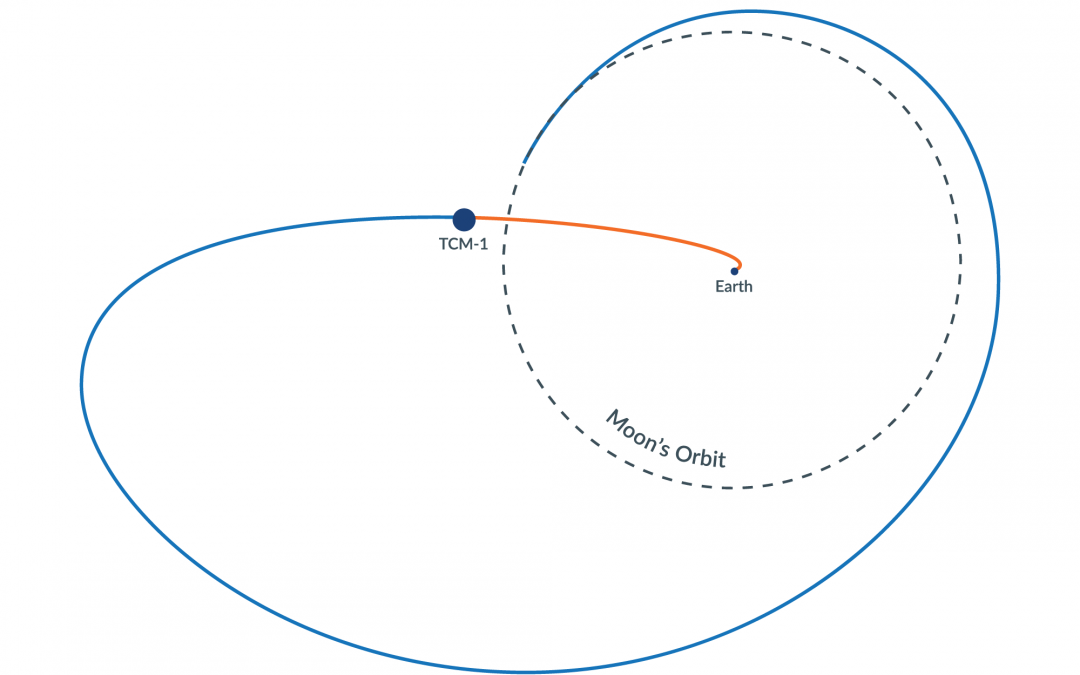 This maneuver is the first statistical maneuver of the mission meaning it is designed to clean up expected dispersions from the launch vehicle injection and does not change the baseline transfer approach or timing of arrival at the Moon on November 13th. Operations on the Ballistic Lunar Transfer and in Earth-Moon three-body orbits (such as Near Rectilinear Halo Orbits or NRHOs) require precise maneuvers and knowledge of the spacecraft state (position and velocity). The CAPSTONE propulsion system was specifically designed and optimized for these precise maneuvers and the navigation system was built from the ground up to be efficient and scalable. All of this is supported by a uniquely qualified team of flight dynamics experts at Advanced Space with specialized focus on operations in cislunar space and multi-body orbital operations. Some details on the maneuver are below:

As the team has continued to review data on the communications anomaly, the team remained confident with this conclusion prior to commanding the maneuver. Anomalies such as this are rarely a result of a single issue but instead are the result of a series of issues that converge in an unexpected way. For CAPSTONE, this series of events began during commissioning with an improperly formatted command that triggered a radio vulnerability and was compounded by a spacecraft flight software contingency response fault. The system was ultimately recovered by the team as a result of autonomous flight software system operations that cleared the fault and brought the system back into communication with the ground. During the communications outage the spacecraft autonomously operated, maintained pointing, battery charge, and performed a momentum desaturation maneuver.

Up next for the CAPSTONE spacecraft is a second trajectory correction maneuver planned for Saturday July 9th at approximately 9:30 AM MT. This second maneuver will be much smaller than the first and will demonstrate the ability of the CAPSTONE spacecraft to perform very small and precise maneuvers, a capability that is critical to operations in the NRHO where it will arrive in November. This maneuver is designed to further clean up launch injection dispersions, and any execution dispersions that occurred in the execution of today’s maneuver. Over the next two days, the operations team will continue evaluating spacecraft status and continue commissioning the spacecraft while the flight dynamics team will reconstruct the first maneuver, establish updated navigation solutions and orbit predictions, and design the second maneuver based on this information.